We held our 14th bargaining session on February 22nd, at the UC Santa Cruz campus.

We were glad to finally bring bargaining to UC Santa Cruz! Our colleagues there were wonderful and enthusiastic hosts.  Our bargaining room was decorated with Valentine’s cards to UC-AFT Librarians, which filled the room with much appreciated love. Plus, Santa Cruz UC-AFT lecturers and librarians pitched in to the latest franchise of everyone’s favorite pop-up eatery – the UC-AFT Strike Fund Bake Sale! UCSC’s own Roxi Power was able to entice several of the management team to purchase Strike Fund cupcakes.  Be sure to read all about it.

Bargaining began late due to airline delays; our own Laurel McPhee was even forced to cancel, stuck in San Diego. However, our superior knowledge of information science and technology allowed us to bring Laurel into key discussions from afar. 🙂 Even with the shorter time frame and difficulties, bargaining turned out to be a long, intensive and productive session, and we are very encouraged by the progress that has been made.

We spent most of the day in “supposal land” where both sides floated ideas without putting concrete offers on the table.  There were two main aspects to the day: We were presented with much more detail and gained clarity about management’s approach to salary, and our side reviewed the most critical aspects of our other proposals. For instance, our side of the table reviewed needed changes in allocating professional development funds, designed to ensure fair distribution of those funds among represented librarians. We had the sense that management appreciated our position and we look forward to their response in San Diego.  Several additional key issues were reiterated by our side — Academic Freedom and flexible work arrangements among them — and in each case there was fruitful dialogue.

We had a relatively short, but very intensive critique of UCLA’s handling of Temporary Librarians. There is a long history of this abusive behavior, which we thought had been addressed in the previous contract. Within the UC System, UCLA continues to be the one bad actor in this area. Several members of our bargaining team were respectful but blunt in their critique, noting that the practice is bad for the collections, bad for the institution and bad for librarians – and has drawn the attention and disdain of archivists and librarians nationwide. We could not see any upside to their behavior and management offered little insight to their continued tolerance of this problem. We have been asking that UCLA do the right thing and give these librarians a viable chance for a career in the greatest library system in the world. UCLA has not chosen to do the right thing, and more surprising to us is that UCOP has declined to get involved.

Because we were floating “supposals” we don’t have anything concrete to report.  However, we were encouraged by the salary proposal by management which addressed our key concerns, and encouraged management to bring a firm proposal to the table when we meet next on March 4th. The management side of the table was emphatic that they intend to get upper management’s approval to formally present these figures, and we were equally clear that we wouldn’t accept less than the amounts offered in the supposal.  We’re cautiously optimistic that the management bargaining team will succeed with upper management, but we don’t yet have anything in writing on salary, nor counter-proposals on our other key issues.

We are not asking you to stay silent as we work through this phase! We need librarian involvement and pressure now more than ever to move towards a successful contract. That means continued bake sales, rallies, wearing our union T-shirts on Thursdays. It means being vocal about our demands in the hallways and on Twitter, at the water coolers and at conferences.  This is NOT the time to slack off – we need to turn up the HEAT.

The table team moves forward energized by the support and commitment we saw from our colleagues in Santa Cruz. Our next bargaining session is on Monday, March 4th on the UC San Diego campus.   We urge you to stay tuned to bargaining in San Diego on the 4th, Berkeley on March 13th, and at UCLA on March 20th – they will be critical to how this bargaining campaign concludes. We encourage all members to attend the bargaining sessions and support activities to show your support, agitate, speak out, and stand with your sisters and brothers in UC-AFT!

On behalf of the UC-AFT Unit 17 Librarian Table Team

One thought on “UC-AFT Bargaining Update #14” 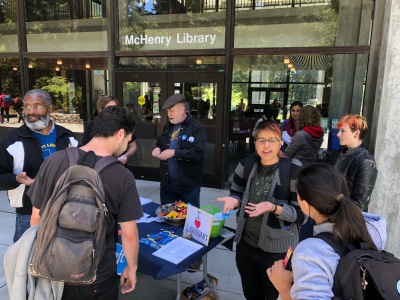 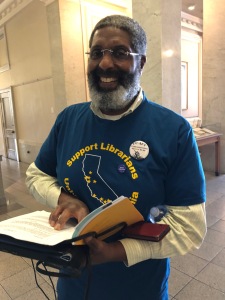 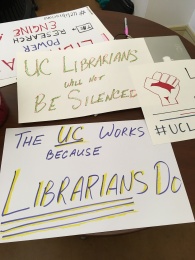 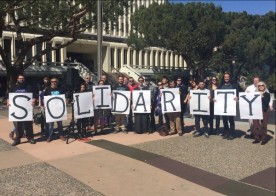 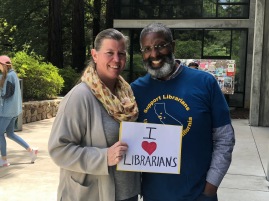 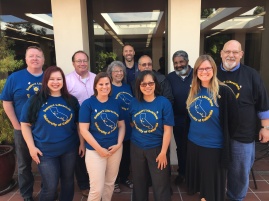 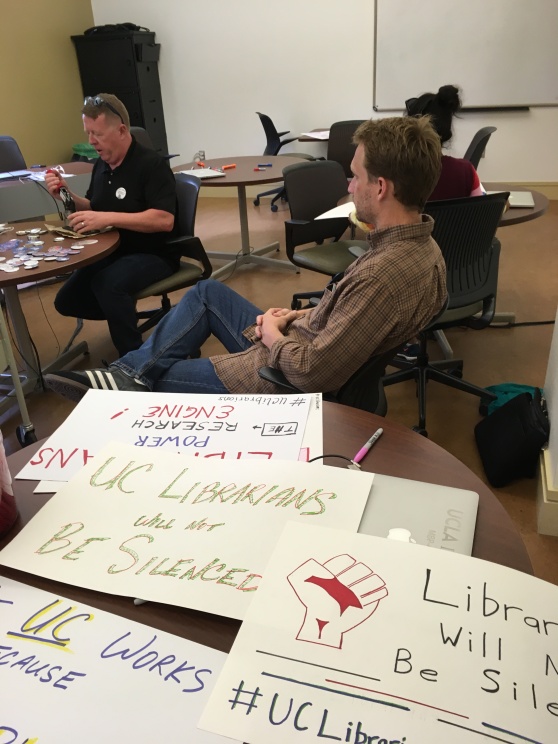 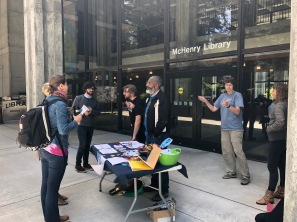 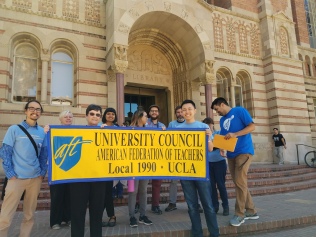 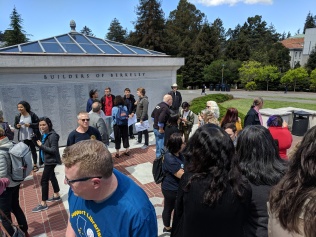 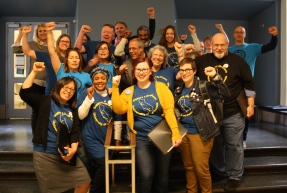 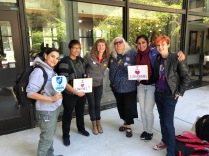 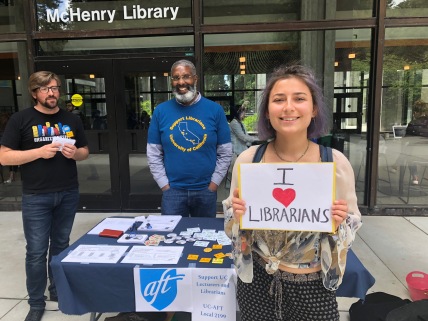 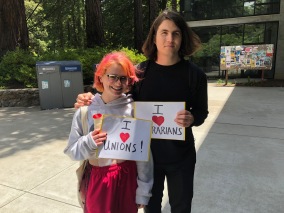 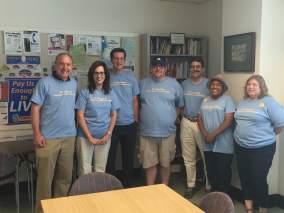 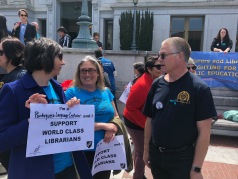 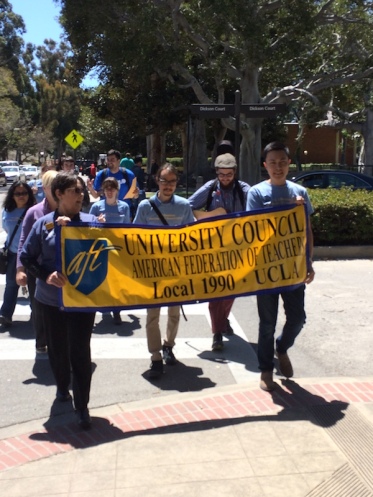 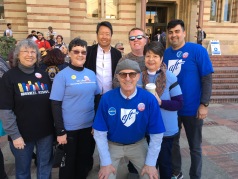 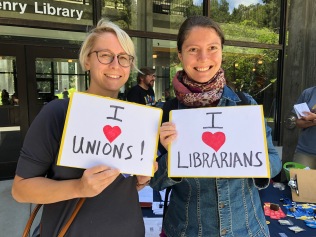 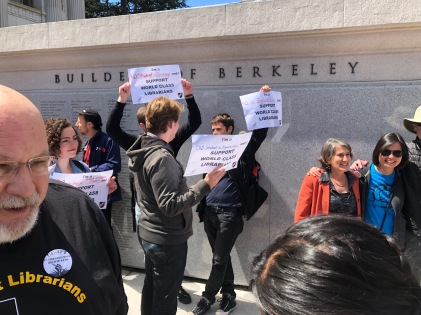 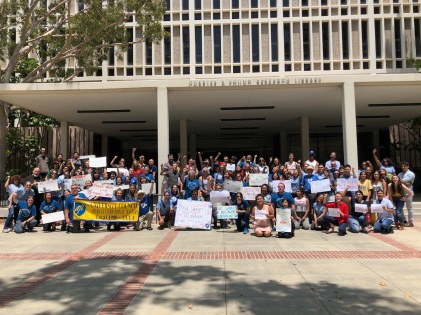 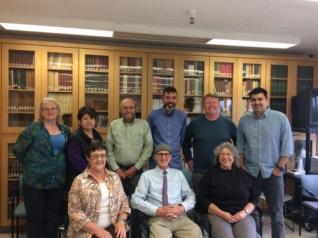 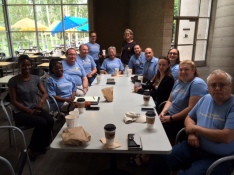 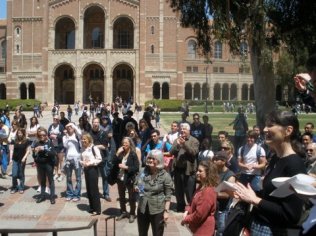 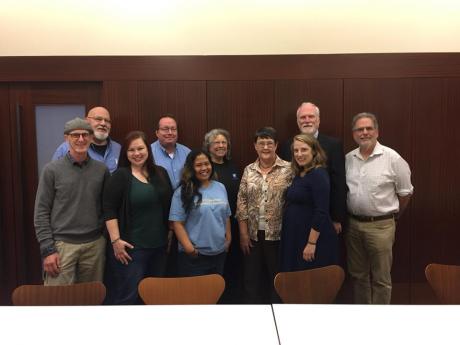 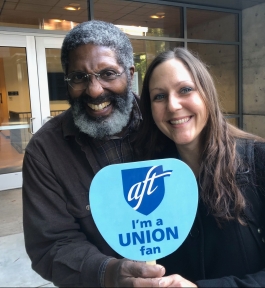